Indomie Relish Review: Why You shouldn't Waste Your Money Buying It. 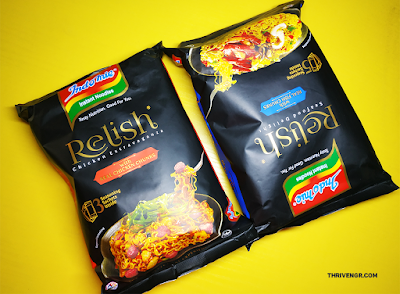 They hyped the something like wetin only to try it out yesterday and be thoroughly disappointed.

So we went to Shopprite on Sunday shopping and got a carton of Indomie as usual. Prior to then i'd been longing to have a bite of that new indomie they touted online.


What's the price of Indomie Relish in Nigeria?


It was N350 and the most expensive noodles in Nigeria till date.

Evening food time came and i hurried to the kitchen to do the honors myself. Now typically, i'd experiment with some palm oil and crayfish but eager to know what the Indomie relish tasted like in its most original form, i cooked it as it came.

Indomie Relish Review: Inside the pack. 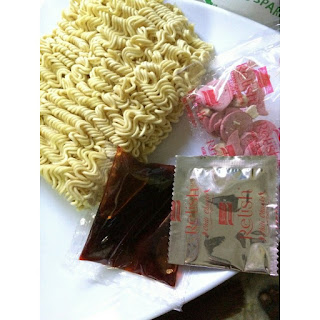 Inside the pack of the Indomie Relish Chicken Extravaganza (as they called it), you have the chicken chunks in pink, chili chunks (looking like the typical Indomie seasoning power wrapper your'er used to) and the sauce (that reddish brown thingy over there.)

The Chicken chunks: Don't be fooled when you hear them say "Chunks". It takes like chicken, but it's no were near chunks. Its like when you cut carrots in circles with a knife and Its miserable looking.

The Chili chunks: Again, this ain't no chunks. Its the typical chili seasoning you know, only packed separately this time around.

For my Indomie Relish Review, i give it a rating of 2.5/5 stars.

It's not worth the price you pay for it, so don't waste your money.

Stick to the normal Indomie you know and love.

How to Cook Jollof Rice With Carrot and Green Beans.

Tasty Tom Jollof Mix: The solution to all your Jollof Problems.

Indomie Relish: Why You shouldn't Waste Your Money Buying It.

Looking for African food near me? Get in here!

Go Slo Ice Cream Price in Nigeria and Where to Buy

Tasty Tom Jollof Mix: The solution to all your Jollof Problems.

How to Cook Jollof Rice With Carrot and Green Beans.